After graduating in molecular biology and genetics at Faculty of Science, Charles University in Prague, Evžen Korec, MSc., Ph.D. was employed as a scientific worker at Institute of Molecular Genetics of the Czechoslovakian Academy of Sciences. After he gained the degree of Ph.D. in oncology, he had been working on a long-term basis at many top universities in Europe, for example in Göttingen, London and Paris. He participated on a number of projects and became the co-author of 11 patents in the field of molecular biology and genetics and more than 20 research articles published in leading international scientific journals. The most important articles can be found in the database Publication in Medicine.

After his return from abroad, he founded the development company EKOSPOL in 1992. He has been its CEO and Chairman of the Board for 30 years now. EKOSPOL has come a long way in that quarter of a century and became a long-term leader of the residential development market in Czech Republic. EKOSPOL has realized more than 57 major development projects and has given a new home to thousands of clients.

Evžen Korec, MSc., Ph.D. often publishes his experience gained during the twenty-five years of conducting business and comments on the topics related to residential development, construction business, residential market and mortgage market. According to the monitoring of Anopress IT, he has been the most cited personality in media of the development field over a long period. He regularly lectures at the University of Economics in Prague. He has published several books: Pozemky ukrývají poklady (Land parcels are hidden treasure), Co je v domě, není pro mě (Don't Get Your Honey Where You Get Your Money), Koupě bytu pod lupou (Purchase of Flat Under the Magnifying Glass), Jak jsem zachránil zoo v Táboře (How I Saved Tabor ZOO), Noční život v ZOO Tábor (Night life in Tabor ZOO) and Jak prodloužit život vašeho psa (Extend your dog's life!). You can find all of these in your local bookshop or in our e-shop. He has been ranked among the distinguished personalities in the publication WHO IS...? in the Czech Republic, published by a Swiss publishing house Hübner´s Who is who, and in a prestigious publication WHO IS WHO in the Czech Republic (publisher M. Treštík).

In 2015, Evžen Korec, MSc., Ph.D. became the owner of the ZOO Tábor, which was about to be closed down and its animals to be sold off or put down. Because he is an animal lover and cares about their welfare, he decided to save the zoo. In June 2015, the zoo opened its gates to the public again. And EKOSPOL became its main sponsor. 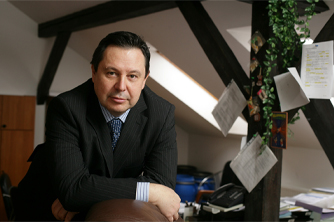 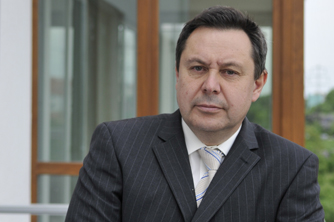 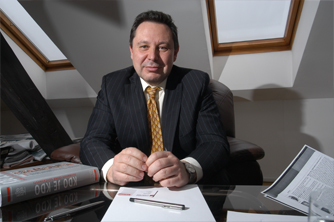 EKOSPOL dominates the charts of most quoted companies in 2010 – 2015

In 2013, Evžen Korec was awarded the prestigious Manager of the Construction, Leasing and Development in Real Estate Sector award at the Manager of the Year 2012 gala evening.

In 2015, Evžen Korec bought the ZOO Tábor, which would otherwise be closed down and the animals would be sold off. After a few months, the zoo was reopened and in the first half a year alone, it welcomed more than 50,000 visitors. ZOO Tábor focuses on breeding endangered species, the population of which is diminishing irrevocably. One of the key programs of ZOO Tábor is the reintroduction of the European bison into Czech nature. ZOO Tábor cooperates with the non-profit organization Česká krajina (Czech Landscape) and the Biotechnological Center of the Faculty of Agriculture of the University of South Bohemia in České Budějovice on the project.

More about our zoo